As a partner and co-founder of Augustus Global Ventures, Randall oversees the firm’s real estate projects in the MENA Region that include ground-up developments as well as renovation and repositioning of existing structures. Randall’s primary area of focus includes hospitality, multifamily, retail, food & beverage, and entertainment destinations in dense, urban areas of the Middle East and North Africa.

Randall was the Founder and CEO of Global Ventures Group, a company that was created specifically to bring experienced and capable partners from North America to develop large-scale mixed-use, residential, entertainment, and retail developments in the Middle East. In this role, he worked closely with the US Chamber of Commerce and with investment and development authorities in Middle East countries to strengthen the economic relationships and encourage foreign investments. Global Ventures Group has now merged with Augustus Global to pursue their real estate endeavors abroad.

Prior to his work in the MENA Region, Randall also had extensive experience in acquisition, rehabilitation, development, management, and disposition of commercial and residential real estate throughout the United States. Over the course of his career, his family-based private company had developed over $1 billion of commercial and residential properties, encompassing approximately 2 million square feet of retail and commercial space, which has included the development and management of nearly 10,000 residential units.

In his earliest years as a real estate developer, Randall worked with the City of Chicago to establish the Sheridan Park Historic District, which protected historical structures in the neighborhood and encouraged rehabilitation and investment. Randall was also part of numerous public-private partnerships to improve the City of Chicago’s retail offerings in the public transportation stations and participated in numerous community-based and publicly sponsored developments. It was at these beginnings that Randall learned the importance and significance of working with the public sector to promote quality projects that are supported by local communities to the benefit of all parties involved.

Randall is a member of the United States Chamber of Commerce, the U.S.-Saudi Business Council, and
the U.S.-Egyptian Business Council. He is a graduate of Northwestern University Kellogg School of
Management Executive MBA Program. Stephen A Smith is a partner of Augustus Global Holdings LLC and is President and Chief Executive Officer of GlenArbor Partners Incorporated, a private equity, and real estate investment firm. Prior to his current roles, Mr. Smith co-founded Bryanston Realty Partners LLC in 2004 with two other partners and served as a Principal and it’s Chief Operating Officer until 2011. The firm invested through its institutional funds (Bryanston Retail Opportunity Fund LP and Bryanston Real Estate Opportunity Fund II LP) in restructuring opportunities in the retail segment, acquiring operating companies, portfolios and single assets with its venture partners Lubert-Adler, Cerberus, Acadia Realty Trust, Kimco Realty and several other private equity firms. Over that period the firm invested in the acquisition of a number of retailers including Mervyn’s, Albertson’s, ShopKo, and Marsh Supermarkets.

Prior to co-forming Bryanston in 2004, Mr. Smith was a Managing Director of LaSalle Investment Management, and an International Director of its parent Jones Lang LaSalle, Inc. He was a member of LaSalle’s Global Management and Investment Strategy Committees. From 1996-2004 he was responsible for the firm’s domestic and international investment clients through offices in Chicago, New York, San Francisco, London, and Munich. Prior to 1996, he held a variety of transaction and relationship management positions within LaSalle Partners Inc., the firm’s predecessor.

He joined LaSalle in 1985 from The Quaker Oats Company in Chicago where he served as a brand manager in the US foods division for five years.

He currently serves on the Board of Directors and Executive Committee of Lurie Children’s Hospital of Chicago, MedProperties Group, and was formerly a member of the Board of Directors of Albertson’s LLC, Prescient Edge LLC and Mervyn’s LLC. He was formerly a member of The Economic Club of Chicago, International Council of Shopping Centers (ICSC), Pension Real Estate Association (PREA) and Urban Land Institute (ULI).

He received an M.B.A. in Finance and Accounting from Northwestern University’s J.L. Kellogg Graduate School of Management in Evanston, IL in 1985 and an A.B. in Economics from Brown University in Providence, Rhode Island in 1980. Eugene Carpino brings more than 30 years of high-level participation in local, state, and federal government and politics. In addition to his domestic public & private sector experience, Mr. Carpino has built an impressive track record of international client successes and a global network of contacts. He has helped conceive and manage projects across Europe, the Middle East, Africa, the Caucuses, Asia, and South & Central America ranging from establishing NGOs, infrastructure development, and US federal government defense contracts. Mr. Carpino’s extensive experience in the national security sector comes from more than a decade of overseas risk management projects, and experience in the service to local and federal government agencies, supporting counterterrorism and US Intelligence initiatives.

Mr. Carpino worked in the campaign apparatus of three US presidential candidates and over 200 local, state, and federal office campaigns. He has worked effectively with both parties in the US Government and has a contact base that spans more than 20 countries outside the US.

Mr. Carpino graduated with a Bachelor of Arts in Management and is completing an MBA with a concentration in management information systems from Dominican University in River Forest, Illinois. Steve Kim is a partner and General Counsel of Augustus Global Ventures. As an international attorney, Steve Kim has over 25 years of executive-level experience working with both the private and government sectors, including serving in senior leadership as general counsel for several international companies where he led and directed the organizations’ legal, regulatory, and international government relations and global business development activities.

Prior to his current role, Kim was a partner at RKF Global PLLC, a boutique international law firm, where he advised companies both domestically and internationally on regulatory and government policies, international trade, financing, and general corporate issues. Prior to his work in the private sector, Kim served in a multitude of roles in the public sector, in both elected and appointed positions.

Kim’s public service began when he was Special Assistant to former Governor Jim Edgar where he advised on international trade, economic development, and Asian Affairs issues. Kim also served as International Trade Specialist at the Illinois Department of Commerce and Community Affairs, and as Director of Export and International Trade for the Illinois State Chamber of Commerce. Kim served on the United States Department of States Overseas Security Advisory Council (OSAC) and on the steering committee for Basra, Iraq.

Kim also has executive experience in Fortune 500 companies, previously serving as Vice President of Government and Public Affairs at Time Warner Cable and Director of External Affairs at & Illinois. Kim was selected to be one of Chicago United’s Business Leaders of Color in 2015. Kim was also the recipient of the 2011 Pan Asian American Ping Tom Memorial Award presented by the Asian American Coalition of Chicago for grateful recognition of outstanding achievement in the Pan Asian American community.

Currently, Kim is on the board of the United State Chamber of Commerce’s US/Egypt Business Council, US/GCC Business Council, and the US/Iraq Business Council. He is also on the Business Leadership Council for the International Republican Institute where he was part of a US-based delegation to monitor the 2019 Ukraine Parliamentary elections. Rudy is a real estate professional with over 25 years of development experience of multi-family, retail, and mixed-use properties. Throughout his career, he has developed a portfolio of projects totaling over $1 billion throughout the United States.  In addition to his development experience, Rudy brings a diverse background of expertise in asset management, property management, construction management, brokerage, and acquisitions.  His previous work includes projects with both the private and public sectors, including many acquisitions and developments in opportunity zones and tax increment financing districts, as well as many other state and federal programs for the development of properties across the country.  Rudy has overseen multiple rollouts of national retailers, including one of the largest convenience store operators in the US, and has managed properties for several governmental agencies.

Prior to joining Global Ventures Group, Rudy was the Founder and CEO of a firm that managed the assets of major companies, including the Tribune Company, which had a national real estate portfolio valued in excess of $1 billion of property nationally.  Throughout his career, Rudy has been an influencer and leader in the industry, having served on multiple boards and has been recognized with many awards for his developments and the impacts they have made on their communities. 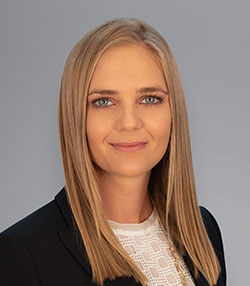 As Vice President, Laura works to develop strategic partnerships and support all our ventures and initiatives. Her commitment to data driven insights helps to uphold brand standards and marketing efforts while ensuring each opportunity is thoughtfully planned and executed. Laura has more than ten years of experience in project management, leasing and consulting to both private and institutional owners of multifamily assets. With more than 15 years of experience in Office Director and Executive Assistant Roles, Patricia has been vital in the management and performance of many development, sales, and financial institutions. In addition, she has served as a Financial Advisor for Thrivent Financial and Operations Manager for Landmark Investments.